Nicknamed “Little Tuscany”, Entre-deux-Mers is a verdant triangle, nestled between the two rivers Garonne and Dordogne. Here, hills and rivers rub shoulders with oak forests and vineyards, fertile ground since the dawn of time for an equally varied cultural heritage. A favorite destination, this territory combines all the assets: a breathtaking landscape with its beautiful nature and a land steeped in history to explore by car or bike.

… a bicycle. Did you know that from the Atlantic you can reach the Mediterranean via the V80 cycle path – Canal-des-2-Mers ?
This crosses the vineyards of Entre-deux-Mers by the Lapébie track, an old railway line rehabilitated as a cycle track, with stages through the bastides of Créon and Sauveterre-de-Guyenne passing by the abbey of La Sauve-Majeure. Further south, an air of “Canal du Midi” between Castet-et-Castillon and Fontet, where you pedal in the shade of the plane trees and rub shoulders with locks and barges, a marvel!

Castelmoron-d'Albret, perched on its rocky outcrop, is the smallest town in France with its 3,5 hectares. It is a medieval setting that has retained all the charm of its past. A homogeneity in a traditional town planning with stone dwellings with wooden balconies, which can be seen from below. Here, the alleys flowered with hollyhocks and wisteria are surrounded by the remains of ramparts. A ducal palace, a church, and lower down a fully restored washhouse complete this charming picture of yesteryear. 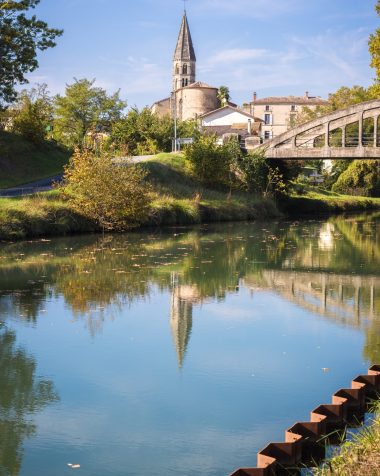 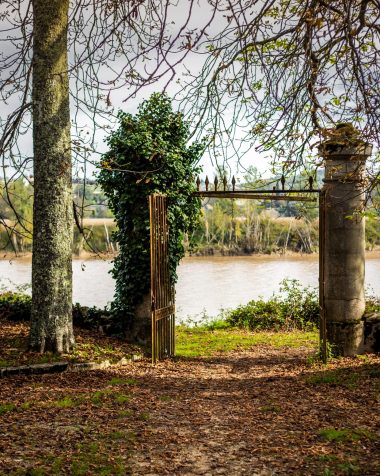