Go to the right bank of the Dordogne to discover a hilly area, with thousand-year-old vineyards renowned worldwide. Immerse yourself in the mythical adventure of Saint-Émilion, listed as a UNESCO World Heritage Site, discover the historic bastide town of Libourne, sail on the Dordogne River to discover a remarkable natural and built heritage.

The Jurisdiction of Saint-Émilion, the first UNESCO vineyard

…rivers. Between the Dordogne, Isle and Dronne, there is plenty to do.
For an active holiday, opt for canoe trips. Want something unusual? We recommend the waterbike, a bike on the water, just that. And for board sports enthusiasts, come surf the tidal bore ! The biggest spot in September is in Vayres, at the Port of Saint-Pardon.
In idleness mode, you will opt for the commented cruises to discover the heritage of Libourne. And for the epicureans that you are, we recommend the aperitif cruises with tasting of Pomerol and Saint-Émilion wines.
Finally, if the idea of ​​walking along the water appeals to you, you will find “the shoe for you” here. At the confluence of the two rivers, the large bastide town of Libourne opens up a new walk along the recently converted quays, in the shadow of the Porte du Grand Port.

How about taking a little height? Whether you opt for an overflight in a light aircraft, or a hot-air balloon ride, you will discover unique views of the vineyards, the castles, the forests, the valleys of the Isle and the Dordogne... The panorama is breathtaking! There is a precious moment, every year just after the harvest, the 3rd weekend of October, when about fifteen hot air balloons take off above the medieval city. Montgolfiades of Saint-Émilion will delight young and old alike, with their feet on the ground or their heads in the clouds. 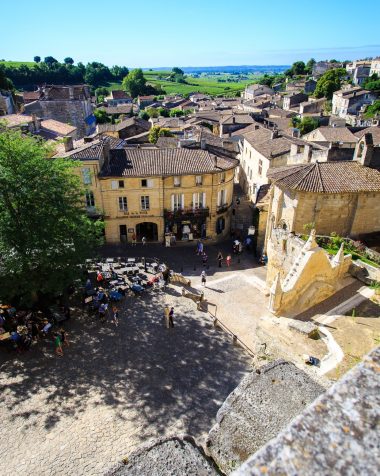 On the way to St Emilion/Libourne/Fronsac 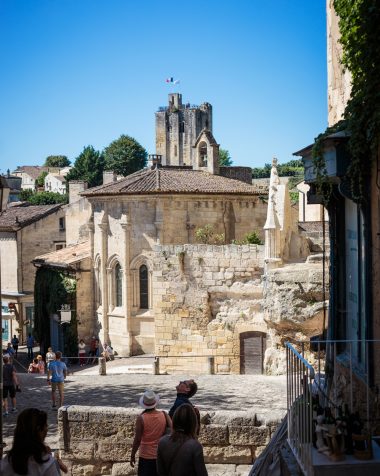